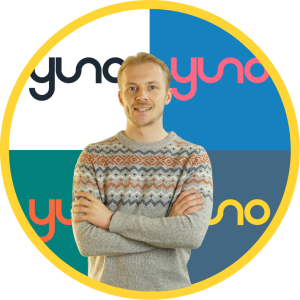 What did we do in June?

It’s been another busy month of getting ourselves back out there! Numerous networking events, meetings and videos! As usual, all the links to the events, companies and vlogs can be found at the bottom of the page. Let’s begin!

We announced the start of our new referral scheme. For every business you refer that takes out one of our amazing website packages, you’ll earn yourself a £25 Amazon Gift Card to spend on whatever you like!

As I’m sure you can guess by the name, this event happens on the First Friday of every month. We love this networking event! It’s so casual, the presentations are just the right length and they’re usually based around interesting subjects. This event is hosted down at Portsmouth Enterprise Centre, it’s free to attend and there’s free parking! You can find a link to First Friday Networking below.

This event was a combination of startup and enterprise networking. Throughout the day 25 Entrepreneurs from University of Southampton developed and pitched their brilliant business ideas to a panel. At the end of the day, a networking event was held for these 25 entrants to mingle with local businesses and further pitch their ideas. We managed to speak with most of the students, some of their concepts were incredible and it was great to hear that some of those involved in the event had already started making prototypes. Keep up the good work everyone, stay motivated and we hope to see your ideas on the Southampton business scene soon!

We returned this month to Incuhive Winchester to meet new businesses that have moved into their affordable coworking space. Incuhive’s own beer was available on tap once again and beautifully complemented by the pepperoni pizza from Domino’s. This was the second event held here and this time it was co-hosted by Incuhive and Southampton Networking.

It was great to be back for our 3rd visit to this event. One of the best! More pints, more networking, the warm evening sun, who can complain!? This event happens every last Tuesday of the month and runs from 7pm – 9pm.

This month we started #motivationalmonday. In this new web series of ours, Dan shouts at the screen, changes his seating position a lot and also gives some great tips on how to stay motivated. These are all methods that we use ourselves and we find they work amazing. You can view all the videos below and don’t forget to subscribe to our channel!

Video 1 was all about Frogs. How to notice them, control them and ultimately, get rid of them! Frogs are important tasks that you’ve been putting off for whatever reason. Maybe you’re scared of the consequences or you’ve valued it lower than other tasks but now the deadline is coming up!

In video 2, Dan gave you 5 tips on how to stay positive and motivated. These are amazing tips that Dan uses every day and has found particularly useful in the last few months. By the way, if you have any questions about these videos, send them our way!

Video 3 talked about exploring happiness. Dan discusses what happiness is and how we can always call upon it.

The last #motivationalmonday video for May is titled “How to get anything you want!” This one’s all about goal setting, how to set them, meet targets and stay motivated to keep reaching for them. This one has a few tasks for you to join in on so make sure you have a notepad and pen handy.

Alongside all of this vlogging, we’ve also been using Instagram Stories so be sure to head over to our Instagram for more lively and motivational daily videos!

Also this month, we started #websitewednesday. Every Wednesday we give away one useful tip that all businesses should bear in mind when designing or developing their website. Here are the tips we gave away this month, you can find them on our blog page if you want to read about them in more detail.

We recommend capping your navbar to six options, but preferably less! If you offer too many options, your visitors will be able to take any journey across your website that they like. You need to be able to control where they go. Your website is there for a purpose after all.

We know this one is a controversial one. Carousels, tabs and accordions are great ways to compress lots of information. However, visitors attention spans are short meaning they don’t click to the second slide and back away when they see too much written content behind a tab. When it comes to your website, strip it down, keep it simple and fill it with straight-to-the-point content.

Tip #3 – How to use images properly on your website.

In this blog post we gave out some handy advice on how to select good quality images, how to upload them properly to your website and we also discussed when its the right time to use stock images.

That just about covers June, what a busy month! Throughout July we plan to keep going with the #motivationalmonday videos and #websitewednesday tips. If you have any questions about anything at all please get in touch with us.