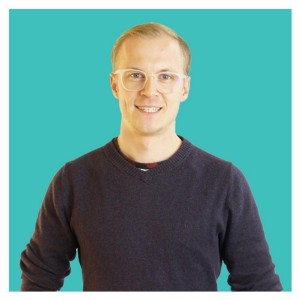 When we’re talking about the Facebook audience, what we mean is the audience that your AD is delivered to. Facebook has collected a lot of data from you, the people on the site and the ones going through the app. The idea is that they can show your ADs to exactly the right people and you can pick who your AD goes to. That’s what we call a Facebook audience.

The first thing you should do when you get onto Facebook is start to experiment with what audiences you think could work for you. You’re going to want to pick two, three or sometimes even four audiences so then you can test out which audience works best for you.

For example, your same advert goes to those different sets of audiences to see which one gives you your best conversion rate.

Try not to stick with just one audience and then leave it there. The best thing to do is to have a few in mind that you want to test out one after another.

If you’re looking to see how well your audiences are working, you need to have conversion tracking set up.

Conversion tracking is when someone fills in a lead form or someone comes to your website and does a specific action. You need to have this setup because if you’re looking to test out different audiences on Facebook you have to know which conversions are important.

One of the quirks in Facebook audiences that we’ve noticed when we run our ADs, is that you can narrow your audience down. The way you can do this is, you would type in an audience, such as, you’re selling golf equipment.

Firstly, your audience might be people between a certain age range, then you click a button that says ‘narrow’ and you narrow it down even further to people who are interested in golf.

To conclude, you can type in an age range within a certain area, and then let the algorithm do the work. One thing we would say is, don’t just test out very specific audiences, also give very broad audiences a test then try and let Facebook algorithm do its work.

How do I narrow my audience?

Following on, we just talked about how good broad audiences can be, but you definitely want to test narrow audiences as well to a smaller section.

Some mistakes we see people make is when you set up an audience you’ve actually set up a broad one. For example (let’s say golf again), is that people will put three interests in one after the other. If you are looking for ‘Golf Holidays’ (people who are interested in golf and travelling) and you were to put those two interests in without narrowing it down it would go to anyone who likes golf and anyone who likes traveling, so even if they are not interested in golf you will still be going into this audience.